18_10_2020
1.
I have been working with Photoshop for 30 years. This has resulted in tens of thousands of PSD and PSB files. These are not stored with “maximize compatibility”. This makes the file size twice as large. When I load the PSD images into Aspect, they all appear very short. But then they are simply displayed in white. When I talk to other photographers, the display of PSD and PSB files is considered the most important feature. As a photographer you have to keep the PSD files. 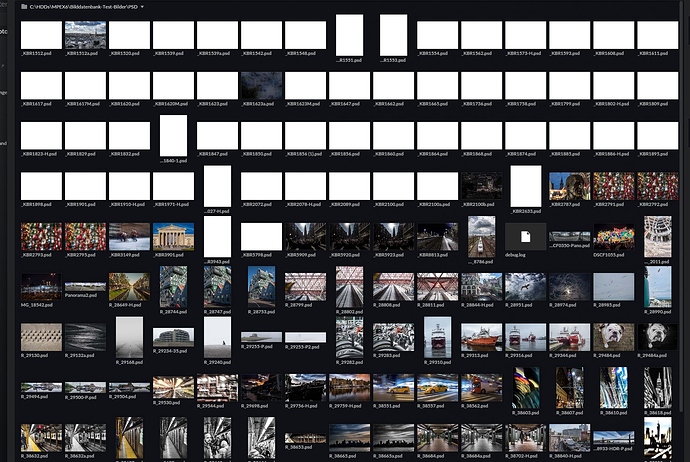 I have created a second database for testing. After some time I deleted it again. Now when I start Aspect, it always searches this database. In the menu “Library” you can still see it and I can’t find a point where I can delete it. Very often Aspect crashes.
3.
Keywords from the Adobe Bridge are taken over. But how can I do this in Aspect? Aspect should also create a keyword structure that I can access again and again and do not have to create keywords multiple times. Example from Bridge.

Bridge-Stichwörter485×1145 46.1 KB
4.
In the menu, I would like to see many items displayed directly in the menu bar. Since you are used to this from other programs, the workflow is faster.
5.
I find some names like “event” confusing. It is not clear when images are copied into Aspect and therefore exist twice or when images are only taken as thumbnails in Aspect.
6.
It is not clear where the difference between event and collection is.
7.
When an image is found in the database, where do I see the location of the file?